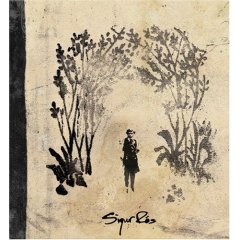 The new album “Takk” from the Icelandic band, Sigur Res, happily offers more of what they do best. Swooping strings, choral echoes, and elfish murmurs move in and out of this sixty-six minute set of songs, producing something that is more symphonic movement than rock album. As Jonsi Birgisson’s warbling in his native Icelandic becomes an instrument itself, joining with the chillingly beautiful music, the result is the band’s most accomplished and most affecting album.

Though Iceland’s soil is not especially hospitable to vineyards, the Vouvray region of France fortunately offers an appropriate pairing to the Scandinavians’ music. A glass of Chenin Blanc (the 2003 Marc Bredif in particular), with its mellow earthiness goes down well with Takk’s uplifting sound.

The album has a similar earthiness to the Chenin Blanc with its wintry undertones and the chirpy, ethereal sounds produced by Birgisson. The band creates a tangible musical atmosphere that you would imagine the album was recorded in some mystical forest rather than in a studio. On “Hoppepolla,” a sparse piano and drumbeat supports Birgisson’s raspy chant until halfway through, he is swept into a transcendent falsetto by a wave of strings and his own looped vocals. “Saeglopur” is as close to straight-forward rock as the band gets, moving from crashing drums and head-bobbing piano/guitar riffs to calming synths and whirring orchestration by the song’s end.

Sigur Res are experts on gripping their listeners subtly. Like the sweetness that pervades a good Chenin Blanc, this album sneaks up on you and surprises. I started playing the album expecting some relaxing background music, but before the second song was over, found myself held by the music and stopped everything I was doing just to listen. Like the warmth a glass of wine creates inside the drinker, Sigur Res’ music seeps into you and blossoms. It makes sense that their name is Icelandic for “Victory Rose”.